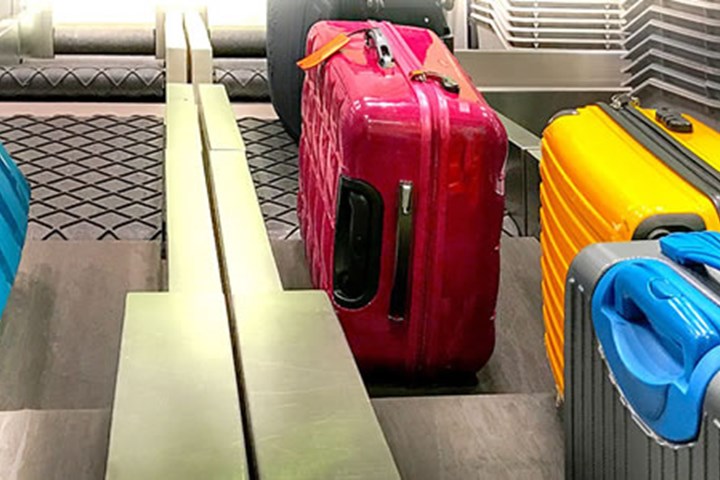 SITA’s bag-drop technology is being installed across the Americas

SITA is installing its Scan&Fly self-service bag drop for LATAM Airlines Group at 18 airports in five countries in the Americas as part of its work to transform its airport experience. The first eight kiosks are up and running at Brasilia International Airport and the remaining 97 units will be gradually implemented at other airports over the coming months. The technology means passengers will be able to check in their bags in under 40 seconds.

The majority of the 105 bag-drop units will be deployed in Brazil with the other units being installed in other airports in the region. LATAM is Latin America’s leading airline group, flying around 72 million passengers annually. As passenger numbers increase, airports are having to become more efficient and the smart use of technology is the only way to make that happen.

Elbson Quadros, SITA Vice President, Latin America, said: “Passengers prefer to check in remotely or by kiosk to avoid counter queues. The same logic applies when it comes to dropping their bags: they want the fastest route possible. Our self-service bag-drop technology is in use at airports across the world, improving customer satisfaction, shortening queues and reducing costs.”

Edwin Garcia, Director of Airport Operations, LATAM Airlines Group, said: “We understand that our passengers want more automation because it gives them more control over their journeys and cuts waiting times. It also means a more efficient airport – freeing up our team members so they can dedicate their time to help passengers, rather than having to fill out repetitive processes. It is a win-win-win with reduced queues, increased terminal capacity and lower operational costs.”

Many airports are faced with capacity constraints, which in turn can lead to long queues. For airports that don’t have either the resources or the space to expand, SITA Scan&Fly can be installed onto existing check-in desks and conveyor belts offering up to 60% increase in terminal capacity, a 40% reduction in operational costs and an improved passenger experience.

SITA is the leading provider of airport technology in Latin America, covering all areas, including passenger processing, airport operations, baggage, border management and aircraft communications. The combination of all these technologies drives efficiencies for airports, airlines, government agencies, ground handlers, and, most importantly, passengers.