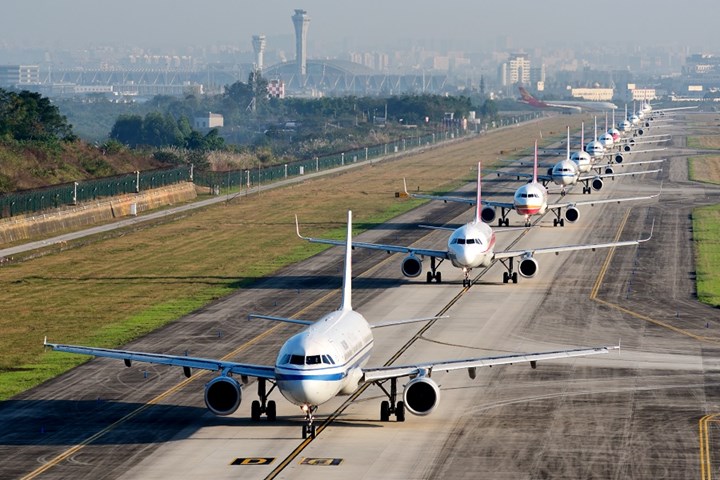 During the spring break spent with my family in Florida, my son aged 10, asked me to, once again, explain to him exactly what I do at work. I showed him the animated video I recently helped produce explaining how SITA helps airports streamline their operations using Airport Collaborative Decision Making (A-CDM). After watching the video I asked him if he understood what the software I help build does.

He answered: “It helps stop traffic jams for airplanes.”

I thought to myself, that really sums it up quite well.

While he didn’t say that orchestrating and sequencing departing aircraft leads to fuel and emission savings and better on-time performance (OTP), he understood the gist of it; no traffic jams.

I recently flew out of New York with a couple of colleagues who attended an event with me. After boarding, we left our gate right on time but then joined a queue of probably 25 aircraft taxiing to the runway. I had at least 30-40 minute wait before we finally taxied onto the runway for take-off. The long wait gave me plenty of time to reflect and compile an email to my colleagues on the plane on the challenge at the airport and how introducing Airport Collaborative Decision Making (A-CDM) could solve the traffic jam we were in, reduce fuel wastage and CO2 emissions – not to mention save people’s precious time.

For every late departure, there is a huge knock-on effect down the line, not only for the airline operating the flight but also for the destination airport and every passenger’s personal journey and experience.

A-CDM introduces a concept called departure sequencing. A software tool called a pre-departure sequencer (PDS) looks at all scheduled departing aircraft, where they are parked, and how long it will take each of them to taxi to the runway. It then calculates the optimal sequence for each of them to start their engines, push back, and taxi to the runway for take-off, ensuring no traffic jams along the way.

A-CDM has been implemented at more than 30 airports, mainly in Europe. Published statistics of savings and benefits reported by these airports have convinced airports globally to start implementing A-CDM.

Besides the ability to better predict departure times, benefits include 7.7% less fuel burn during taxi and associated CO2 emission savings.

The industry, through ACI, IATA and the FAA, has set themselves aggressive sustainability goals to become carbon net-zero by 2050. The only way airports and their stakeholders will be able to reduce their emissions significantly is by using software tools to optimize aircraft engine run time.

A-CDM adds a layer of orchestration on top of existing airport operations: airports do not need to replace all of their existing airport operations management software. An A-CDM solution can be as simple as a web portal that combines data from various systems offering a single source of truth, accessible by all stakeholders at the airport. SITA has defined a set of services that customers can subscribe to helping them build their collaboration solution, and reusing their existing systems where possible.

No matter the size or location of your airport, the most important thing is that airports and airlines can do something to address congestion – those traffic jams my son was referring to.

This will not only make your journey, as a passenger, an enjoyable one, but will also mean a lighter footprint left on the environment.