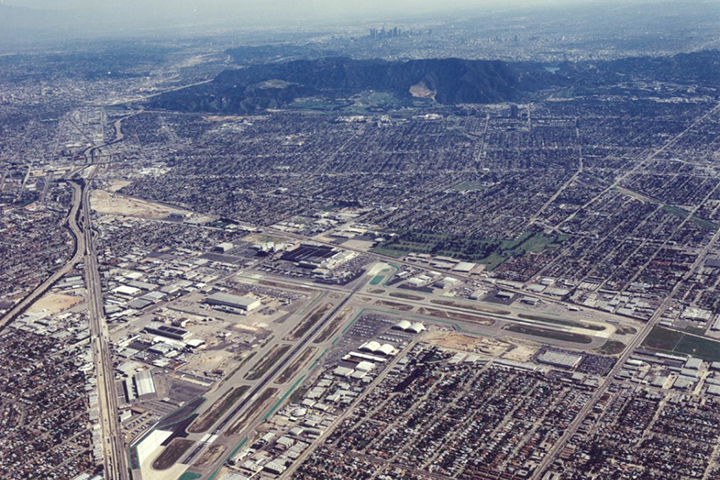 As domestic travel in the United States rebounds from the COVID-19 pandemic, regional airports that cater to leisure and tourism travelers play a significant role in the recovery. We spoke to Thomas Henderson, Director of Operations at Hollywood Burbank airport, to hear about the welcome of new low-cost carriers, the challenges of operating in an aging facility, and the role technology will play in the design of the replacement passenger terminal.

Hollywood Burbank Airport has not always gone by that name. What is the history there?

Since opening in 1930, the airport has carried many names, most recently Bob Hope Airport (still the Airport’s official name with the FAA), after the comedian and actor who lived nearby. The airport was rebranded as Hollywood Burbank Airport in 2016 to help remind travelers of its proximity to Los Angeles. Today we see ourselves as a regional airport that just happens to be situated in an extensive metropolitan area.

How have you dealt with the revenue impact of the pandemic? Have you been creative in the ways that you monetize the airport that isn’t so traffic-dependent?

The name Hollywood conjures up images of the movie industry for many. It’s our proximity to the production studios that opened a unique revenue stream during the pandemic. When TV and film production resumed, our hangars were used for film production, and our economy parking lots transformed into movie basecamps.

On the aeronautical side, our airline mix has changed as we’ve solicited new carriers who cater to the leisure traveler, including Avelo and Frontier. With business travel largely off-limits, vacationers and travelers visiting friends and family have sustained the industry. For leisure travelers who want to maximize their time outside of the airport, Burbank has its advantages. It’s close to major tourist attractions like Universal Studios, Hollywood, and the northern parts of Los Angeles.

Trying to make room for new entrants to the market can pose a challenge. How have you welcomed these low-cost carriers to Burbank?

Burbank has some unique characteristics that make it challenging for us. We’re located in a densely populated urban area and are constrained by size at all corners. We have old infrastructure and now face a dilemma — how do we take care of an aging facility that will be decommissioned in the coming years and still welcome new carriers to the airport.

While there is no room for adding additional square footage to the airport, the pandemic caused a void in our gate occupancy, something that hasn’t happened in a generation. The leisure market is dominating recovery. These new carriers play a major role in taking advantage of the disruption that has driven down costs and opened opportunities from the pandemic.

With the change in airline mix, we’ve had to consider how we deal with increasing passenger numbers without drastically altering the airports existing infrastructure. Having a common use system has enabled us to be agile, accommodating the switch of airlines, allowing airport operations to run as efficiently as possible. I’m excited for SITA’s Airport Management System (AMS) to go live, giving us an improved overview of operations, helping us manage the flow of passengers through the terminal, and making our passengers’ journey a little easier.

You are due to construct a replacement passenger terminal. How is technology central to the terminal design?

Our terminal at Burbank was initially constructed in the 1930s and expanded in subsequent decades. We’re now working with the community and neighboring cities to build a safer, 14-gate replacement passenger terminal. The project is a long time coming, and we work toward opening it before the 2028 Olympics, hosted in Los Angeles.

Setting aside 2020, Burbank has experienced steady growth in annual passenger counts. Numbers reached an all-time high in 2019, with nearly 6 million passengers. We know that looking forward, Burbank will return to these figures, and we’ve had to consider how to elevate the passenger experience without expanding the footprint of the airport. It will be especially important to harness innovation to provide a seamless and touchless experience for our passengers. Technology will be central to that.

The pandemic represents a new 9/11 moment for air travel, and how we respond will define our industry for decades to come. Burbank’s replacement terminal project will be one of the first major U.S. terminal projects in the post-COVID era, with new health and safety protocols taken into account.

As Burbank caters mainly to the U.S. domestic traveler, health documentation has not been as much of a concern as international hubs. Will you have to consider health in this new design?

Burbank does not have a port of entry, so we have not been as impacted by the constantly changing entry and health requirements. We cannot be sure that will be the case in the future and have to prepare for the combination of health checks, additional passenger screening, and social distancing requirements.

Even working within the limitations of the physical capacity of the terminal, we’ll ensure that we’re designing a facility that can take all safety measures into account using technology to exert great control over passenger flows and crowd density.

Is there one thing COVID-19 has made you change moving forward?

I think a change in mentality, learning to expect the unexpected. Past trends in the industry cannot necessarily predict future performance and future behaviors of the industry. In the last 18 months, we’ve seen traffic rearranged and carriers moving in and out very rapidly. As we emerge from the crisis and look to the new operating environment, we must be prepared for sudden changes in circumstances and a return to capacity. It’s great to see regional airports leading the industry’s recovery, and I’m confident that with the new terminal design, we can deliver the same experience to our airlines and passengers as they expect from a major hub. 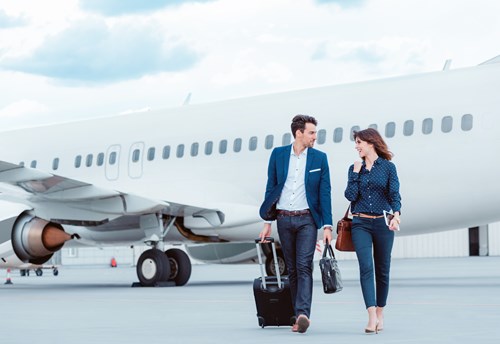