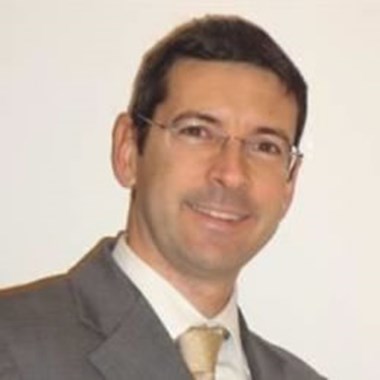 In the past Seventeen years at SITA, Mr. Belicchi has evolved from a technical role of Solution Designer to commercial functions like Airport Business Development Director, Airport Sales Director, Airport Marketing Director for South Europe and lately Principal Airport Consultant on major deals.

He has been involved in complex projects like implementation of multi-Airport passenger processing CUTE projects, the improvement of the baggage management flows and reconciliation processes for major European carriers and Airport Authorities.

He has also been involved in passenger engagement strategy for the “Self Service” concept and in consultancy activities on how to increase passenger satisfaction through operational efficiency while increasing the customer’s revenue.

He now holds the responsibility of developing the SITA Airport Consultancy, leading the movement towards simplifying the business of the air transport industry, improving the overall industry profitability, supporting the core industry processes and operations and optimizing the operational performance, while contributing to the growth and retention of SITA Airport Business.

Mr. Belicchi holds a Bachelor’s degree in Aerospace Engineering from the University of Rome and has obtained the affiliate accreditation from ACI/ICAO as ”International Airport Professional”, as well as completed the “Airport Executive Leadership Program”.

Work aside, Mr. Belicchi holds an FAA Private Pilot License and enjoys reading, playing with his three daughters and traveling for leisure.