Are we heading into the teenage years of Blockchain?

In the second half of 2018, SITA launched the Aviation Blockchain Sandbox. Its mission: to answer some of the big questions we have around blockchain. Is it ready for production use? Is the industry ready to adopt? Is it worth the extra effort involved and, if so, which use cases make sense? Now, six months on, what have we learned?

I’m just back from speaking at the inaugural ICAO Blockchain Aviation Summit hosted by General Civil Aviation Authority (GCAA) in Abu Dhabi: three days of presentations, discussion and networking on the theme of blockchain in our industry. With over 1,000 attendees and 50 speakers, its gives a good picture of the interest and momentum in blockchain within aviation right now.

It was good to see such a diverse group of participants collaborating in this promising area: from airlines and airports, industry bodies, governments and regulators, reps from “Big Four” members (EY and PwC) and various blockchain start-ups and thought leaders. After such a major event as this it’s important to take stock of where things are going, lessons learned and, that most dangerous of occupations: predicting the future!

Given the number of participants and breadth of the industry represented at the ICAO event, there is clearly more than just a passing interest in blockchain within aviation. The general feeling is that this technology is not going away and questions are changing from do we use blockchain? to how and where do we use it?

This is something that is reflected in the interest in SITA’s Aviation Blockchain Sandbox - we’ve had more than 60 expressions of interest from all sectors, right across the industry.  We’ve also been in touch with others who are doing their own research or partnering with one of the many start-ups and consultants in the ecosystem.

Focus on use cases that deliver value

As often happens when new technologies emerge, the early focus tends to be on the technology itself. For blockchain, most of the focus to-date has been on building proof of concepts (PoCs) that investigate different ledger protocols and evaluate security, performance and other standard IT metrics.

This is no surprise because before committing to any new technology, we need to do due diligence to make sure that it is fit for purpose and stable enough to deploy real-world applications. While the blockchain technology is not yet fully mature, it has come on a lot in the past year or so and many of the early concerns have been addressed.

My perception is that we are now undergoing a shift. We are moving from researching the technology itself to figuring out the potential business value of blockchain. The type of questions we are now asking more and more are: “what problem does this fix?”, “what new opportunity does it open up?”, “can we quantify the value of blockchain vs a traditional solution?”

We’re moving away from general technology investigation towards exploring particular uses where blockchain delivers the biggest hit. Broadly, these fit into three categories:

A lot of research going on right now is diving into specific use cases to determine the value proposition in areas such as flight operations, maintenance repair and overhaul, cargo, etc.

A key point to mention for all these use cases is that there is a marked network effect in blockchain. Put simply, the more organizations that are collaborating on a single blockchain network, the greater the payoff will be for all participants. Up to now, we have been largely focused on whether we can tackle a business problem with blockchain. This can be done with a fairly small representative sample of industry players.

However, if we want to prove that it is worth using blockchain, we need to scale up. For example, take SITA’s FlightChain which is all about sharing flight operations data. When there are only five participants contributing data then we have already proven that the technology works but none of the participants will gain much value.  If we expand the network so that there are 100 participants, we haven’t proven anything new from a technical standpoint but we now have a single source of truth based on 100 contributors, which is something much more valuable.

I believe that when we look back, 2019 will be seen as the year when blockchain moved away from hype and speculation of initial coin offerings (ICOs) towards more practical implementations. This year, the PoCs will become less technology-driven and more business-focused. We will increasingly find that blockchain becomes a part of a broader solution rather than an end in itself.

There’s a lot of talk around combining hybrid solutions - traditional storage alongside distributed ledger, or combining blockchain with IoT or AI. Along the way, things will get bumpy: debates over public versus private blockchain, protocol wars (e.g. Ethereum versus Fabric), who controls the network(s) etc.

We should not fear this, it’s just a sign that things are getting real…all part of growing up! Maybe we are heading into the teenage years for blockchain, exciting, challenging but all worth it in the end.

Learn more about our Aviation Blockchain Sandbox on Developer.aero.

Leave your comment
Sanaf Nadeem Thu, Apr 25, 2019 03:59:00 PM
Thanks for this update Barry. I am, however, disappointed that the progress towards leveraging blockchain has been so slow. This is still exactly where we were in Q1 2018, so no progress! 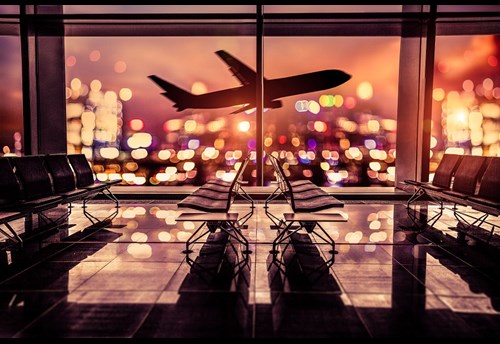 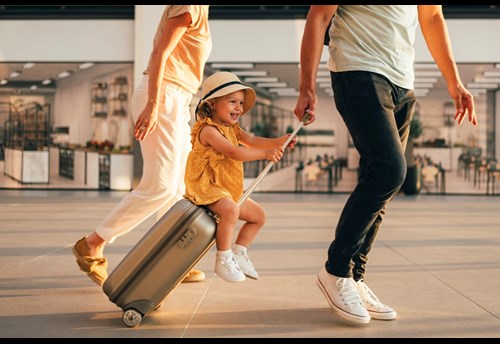 How do we prepare aviation for the next generation of travel? 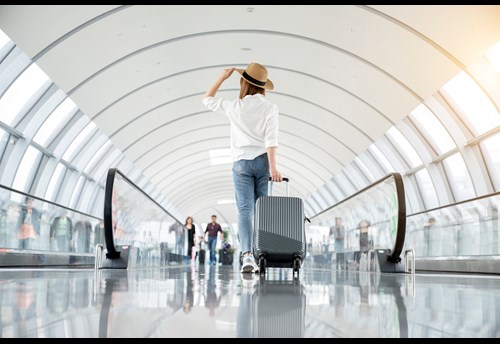 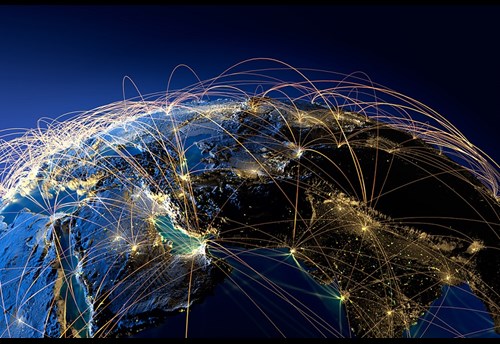 AI Captain: The voyage to discover the true power of data